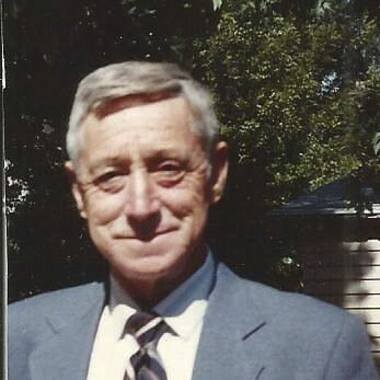 Back to Bob's story

Bob Falling was born on September 15, 1933 in Claremore, Oklahoma to Calvin Falling and Mabel (Falling) Simpson and went to be with his lord and savior on December 3, 2019. Bob is survived by his wife of 67 years, Sue Falling, son Rusty Falling and wife Linda, and daughter Lisa Mundale and husband Jeff. Also, he is survived by granddaughters DeAngela Adams and her husband Ernie, Amber Siegel and her husband James, Felicia Hurtik and Sarah Mundale. In addition, great grandchildren Hannah Adams, Alivia Adams, and Bradley Siegel. Bob is also survived by brothers Bill Falling, David Falling and his wife Nancy, sisters Exena Rinehardt and Phyliss Hefner. In addition, sister-in-laws Lois Faught, Treba Hendricks and her husband Harvey, and brother-in-laws Joe Tanner, David Tanner and his wife Peggy. Also, many cousins, nieces, and nephews. Bob is preceded in death by his son, Robert Dean Falling, his parents, Calvin Falling and Mabel Simpson, and stepfather Elmer Simpson.
Bob grew up in and around the Claremore area. He and Sue were married on October 31, 1952, just prior to him enlisting in the United States Army, where he served as a lieutenant during the period of the Korean War. In 1964, Bob moved the family to Wagoner, Oklahoma, where he owned and operated General Heating & Cooling for about 40 years. Bob was very active in the community. After he surrendered his life to Jesus in 1983, he was also very active in ministry. Bob and Sue moved back to Claremore in 2004.
Visitation with the family will be held at MMS-Payne Funeral home in Claremore on Monday evening, December 9, from 6:00 to 8:00 p.m. The memorial service will be held at the funeral home on Tuesday, December 10, at 10:00 a.m. Burial will follow the funeral at the Washington Cemetery and gathering at the Little Rock Church located at 19105 E 430 Road in north Claremore (on the land donated by Bob's grandmother, Janie Nelms Falling).
The family wishes to express their appreciation to the staff at the Claremore Nursing Home and the nurses with Compassus Hospice for their warm and attentive care, Dr. Mark Bishop with Claremore Indian Hospital for his medical care and biblical mentoring, and pastor Steve McElwee at the Little Rock Church for his spiritual guidance.
Published on December 4, 2019
To plant a tree in memory of Bob Falling, please visit Tribute Store.

Plant a tree in memory
of Bob

A place to share condolences and memories.
The guestbook expires on March 03, 2020.

Vicki Cole (Tanner) Turner
I have good memories of the times all the Tanner's were together--I especially enjoyed the Thanksgivings at Joe and Wahnee's place. My thoughts are with the family.
View all