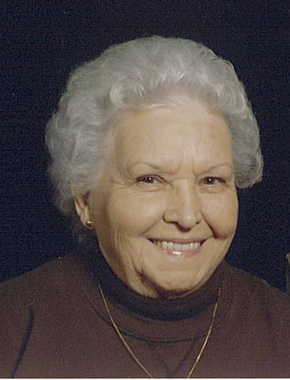 Funeral service for Nelda Jean Corley will be held on Monday, April 15, 2019 at Memorial Heights Baptist Church. Visitation will be held on Sunday, April 14, 2019 at the MMS-Payne Funeral Home from 1-6 p.m.
Nelda Jean Corley passed away at home surrounded by her family on Thursday, April 11th, 2019 at the age of 86.
The daughter of Luther Franklin and Nellie Campbell Holt was born June 9, 1932 in Keetonville, Oklahoma. She was raised near Sequoyah, where she would later attend school. It was during this time that she first met Ronald Corley. Years later, after Ron returned from the service, they got reacquainted. They began dating, and married on June 27, 1952. The newlywed couple made their home in Claremore. In the years to follow they would live in Colorado, Grove, Jay, and Claremore. In 1988, Nelda retired from the United States Postal Service after serving as a postmaster. After retirement Nelda and Ron loaded the RV and hit the road. Their goal was to see the western half of the United States. Over the next several years they traveled the northwest, and spent the winter in Arizona. They also spent lots of time at their gold mine in Sumpter, Oregon. During this time Nelda became a great quilter. She enjoyed making quilts for all her children and grandchildren.
Nelda was a longtime member of Memorial Heights Baptist Church. She enjoyed spending time with her family, whom will forever miss her famous pecan pies.
She is preceded in death by her parents, four brothers and four sisters.
Survivors include her husband Ronald, daughters, Rolinda Vreeland, Janie Gage and husband Bill, son, Ron Corley Jr. and wife Vickie; grandchildren, Jeremy Rader, Traci Ferguson, B.J. Gage, Josh Corley, Nick Corley; 7 great-grandchildren; brother, Bob Holt; and sister, Ruby Bibbs.
View and sign Nelda's online memorial at www.mmsfuneralhomes.com.
Published on April 15, 2019
To plant a tree in memory of Nelda Corley, please visit Tribute Store.

Plant a tree in memory
of Nelda

A place to share condolences and memories.
The guestbook expires on July 14, 2019.

Restore the guestbook to view the 1 more posts by family and friends, and share a memory or message of condolence of your own.