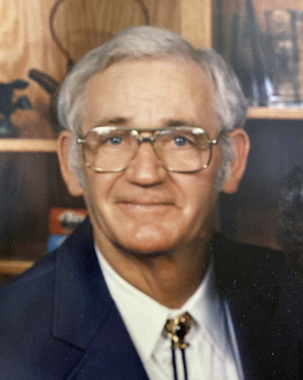 Back to Norman's story

Norman Paul Christian passed away on Saturday, December 7th, 2019 at the age of 86.
The son of William and Kathleen White Christian was born April 22, 1933 in Moulton, Alabama. His childhood was spent on the family farm near Hatton. He attended Hatton schools, graduating as a member of the class of 1951. Upon graduating, he continued helping his family for the next few years. However, in 1954, Norman was called to serve in the United States Army. He served honorably until being discharged on June 8, 1956. Eager to begin civilian life again, Norman moved to Chicago and began working. A few years later he moved back to the Moulton, Alabama area. There he began dating Joyce Cameron. They would marry on May 16, 1964 in Russellville, Alabama. Over the next several years, work would move Norman to many different places. He spent time in Alabama, Michigan, and Arkansas, before moving to Claremore, Oklahoma in 1977. That is when he began his career at Agrico. He worked there for 22 years before retiring from what was then named Terra Nitrogen. Even after retirement, Norman was contracted back frequently to help during turn around.
In his spare time, Norman found many things to keep him busy. Over the years he has been active in his church, Memorial Heights, and later First Baptist. He enjoyed traveling to places such as Branson, and back home to Alabama. He was an avid Crimson Tide fan, and watched them at every opportunity. Often he would be found eating with his friends at Hugo's. Playing golf was his preferred use of his free time. He played as often as he could. When he wasn't playing, he enjoyed serving as a marshal for the golf course. However, with all the things Norman enjoyed, none of them were more important than his family.
He is preceded in death by his parents, William and Kathleen; son, Ronnie Frost; granddaughter, Michaela, and brother, Joe Christian.
Survivors include his wife, Joyce of the home; sons, Randy Frost and wife Diane, Phillip Christian and wife Shelia, and Tony Christian and wife Tamara; grandchildren, Dustin Frost and wife Emily, Libby Christian, Amanda Smith and husband Caleb, and Cameron Christian and wife Courtney; great-grandchildren, Conner, Braxton, Tryston, Preston, Calvin and Carter; siblings, Vaudrey Rucker, Joyce Mullican, Doris Wallace, Jean Masterson, and Kelley Christian; along with many other nieces, nephews and cousins. In lieu of flowers, the family has requested donations be given to the Verdigris Fire Department in his honor.
View and sign Norman's online memorial at www.mmsfuneral homes.com.
Published on December 12, 2019
To plant a tree in memory of Norman Christian, please visit Tribute Store.

Plant a tree in memory
of Norman

A place to share condolences and memories.
The guestbook expires on March 11, 2020.

Russ and Vickie Chaney
Norm was such a kind man. We always enjoyed our visits with him and will miss him greatly.
View all